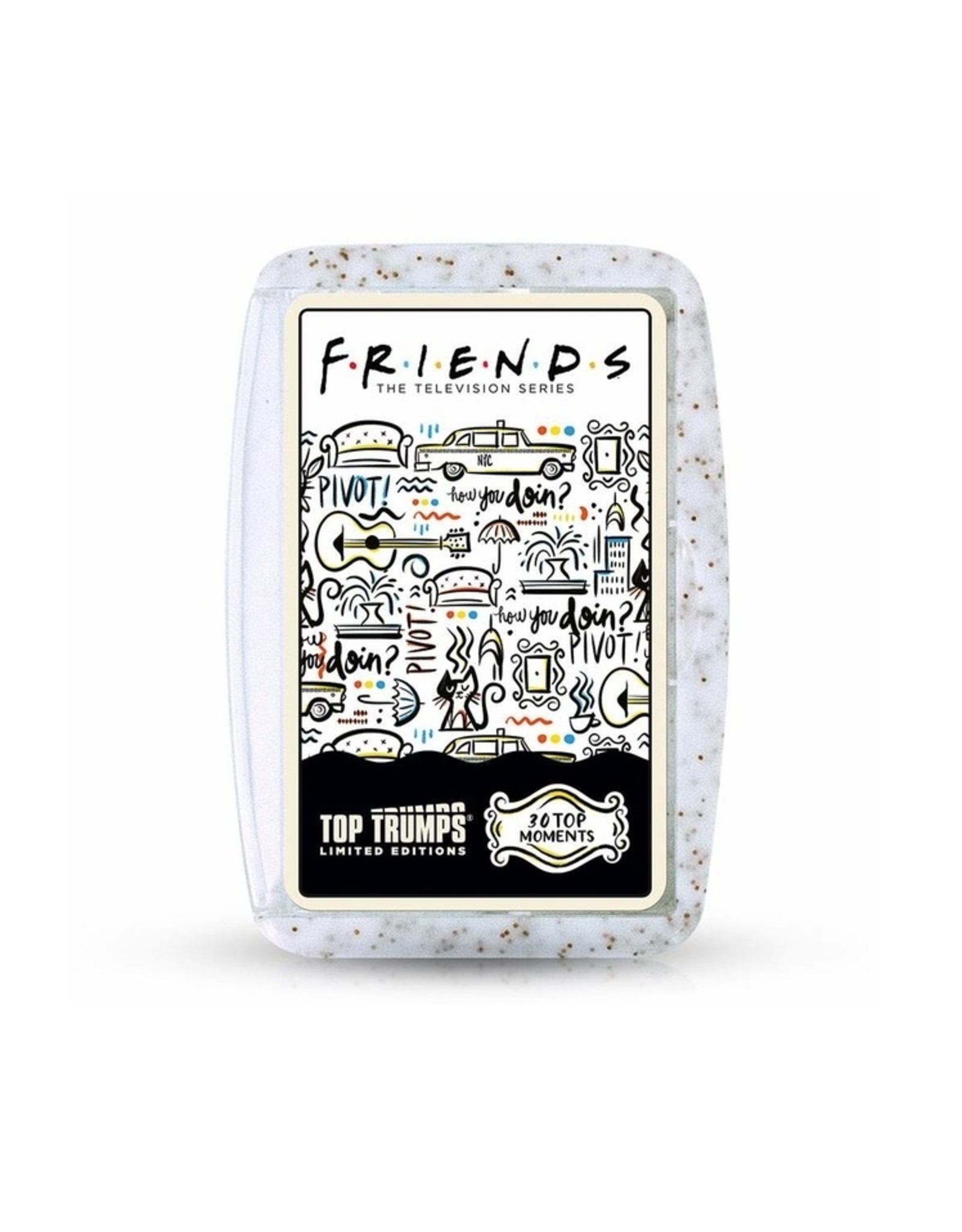 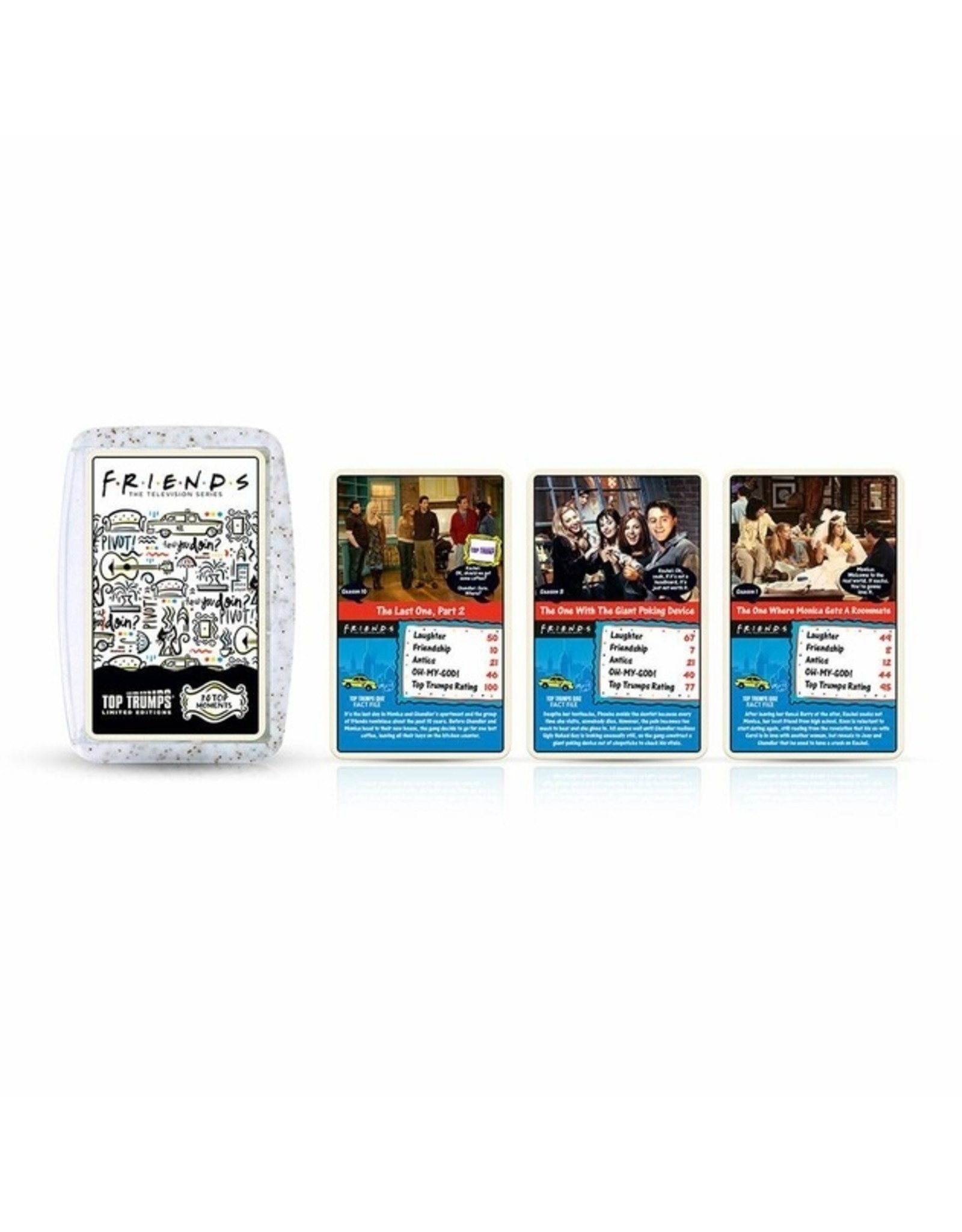 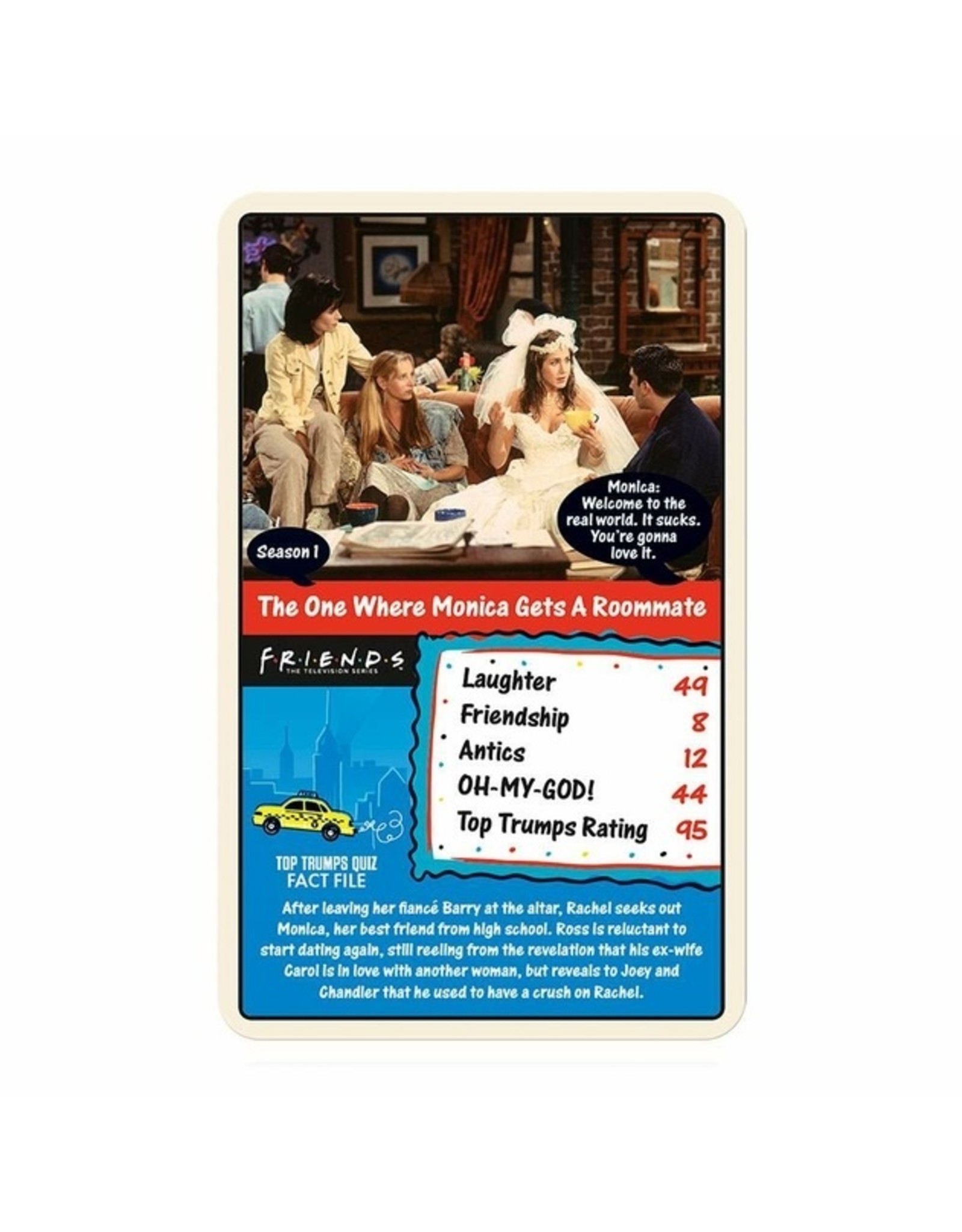 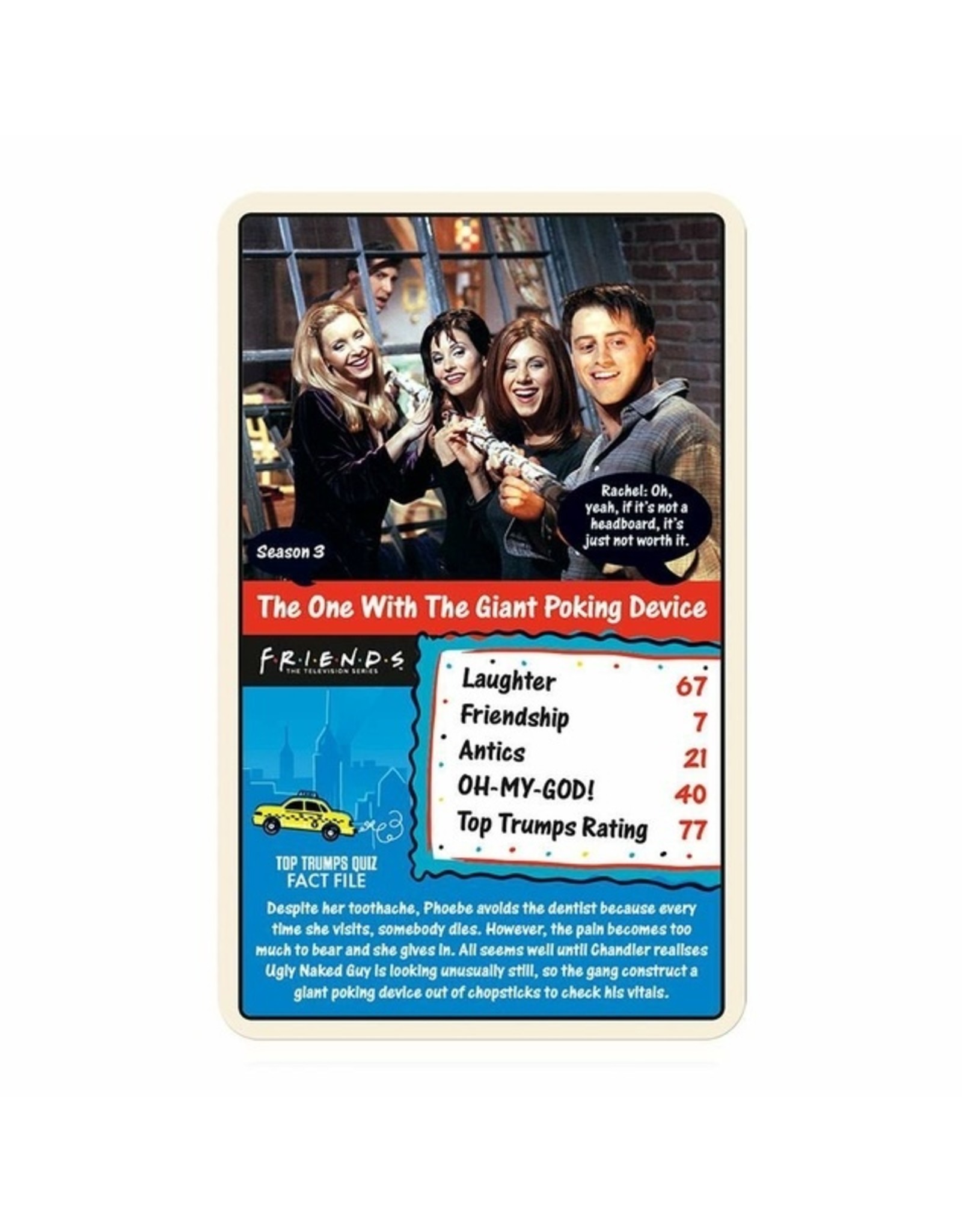 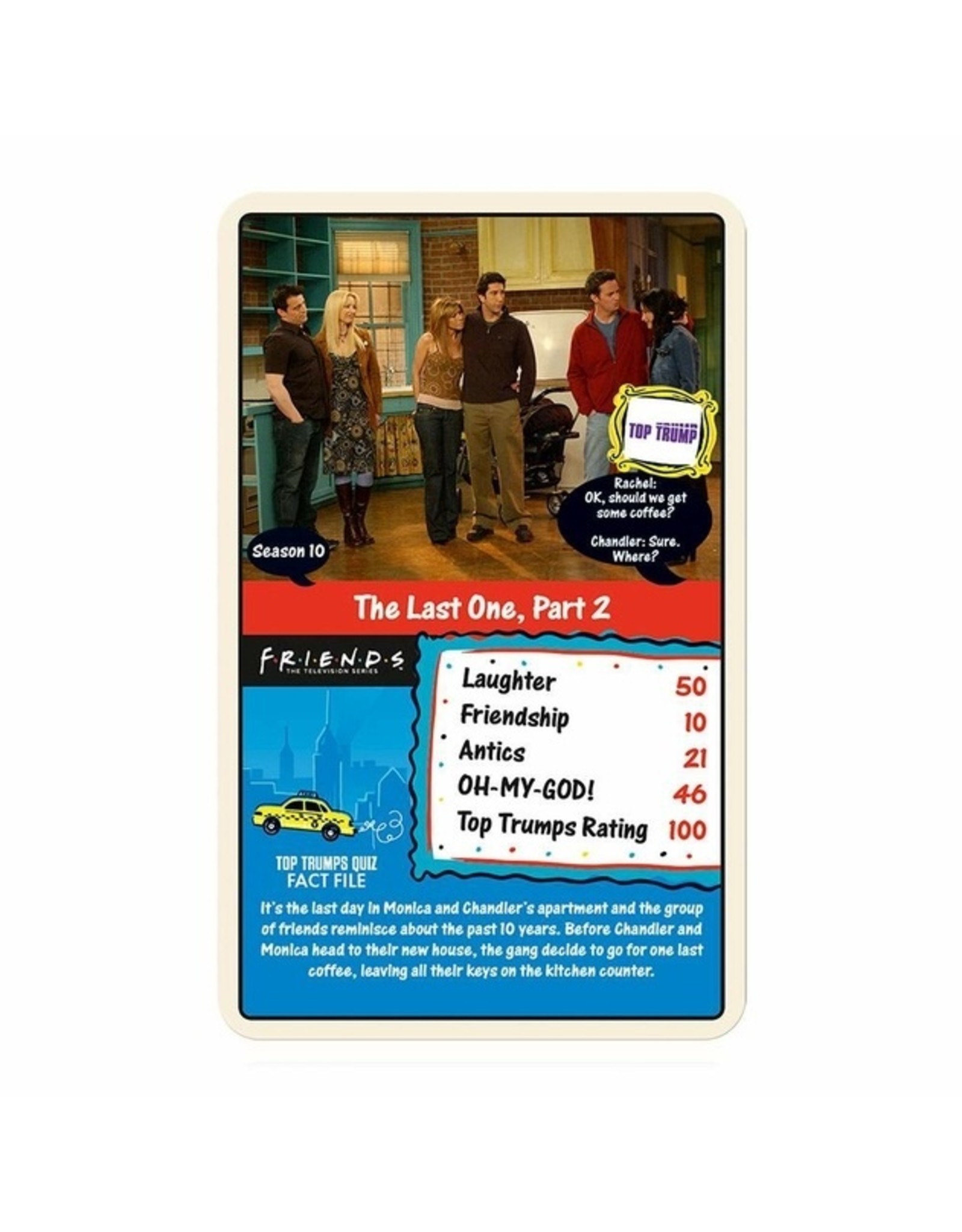 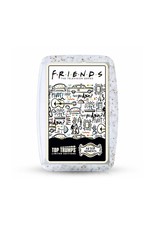 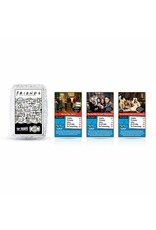 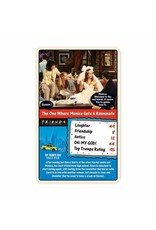 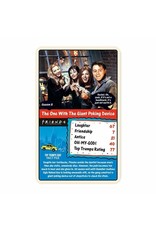 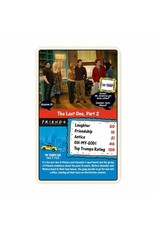 Who does not know the famous theme song of the classic TV series Friends from the nineties? This hilarious comedy followed the adventures of a group of six friends, and captured the hearts of viewers all over the world. The series, created by David Crane and Marta Kauffman, lasted for 10 seasons and 236 episodes!

Friends delivered over 85 hours of jokes featuring Rachel, Joey, Monica, Phoebe, Ross and Chandler, and still left viewers wanting more. The show captivated international audiences with its relatable, charming plot, humour and authentic friendships - no wonder the series gained so many fans since its premiere in 1994.

With this package of Limited Edition Friends Top Trumps, in the special Cappuccino Case, you won't have to go through the entire series for the 10th time to find your favourite Friends scenes. Sit back with a cup of coffee, and enjoy the most iconic moments starring this beloved group. 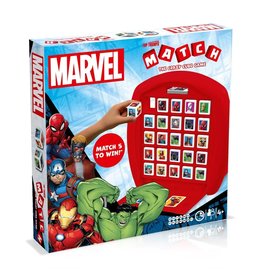 In this game, your goal is to be the first to get 5 of the same Marvel characters in a row. You will need at least 2 players for this game
Add to cart
Top Trumps - 5 In A Row - Marvel Edition
€19,99 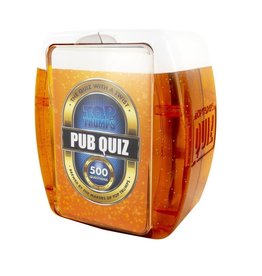 Test your knowledge and memory in this pub quiz with over 500 different questions divided into 5 categories. You will find out who is the smartest!
Add to cart
Top Trumps - PubQuiz - 500 Questions - Card Game
€19,99 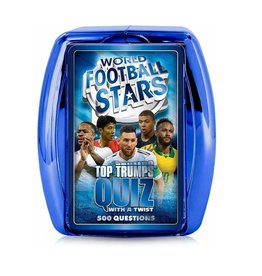 In this knowledge quiz, you answer all kinds of questions about the most popular game in the world. The questions are about footballers, rules or famous moments.
Add to cart
Top Trumps - Knowledge Quiz - Football Quiz - 500 Questions
€19,99 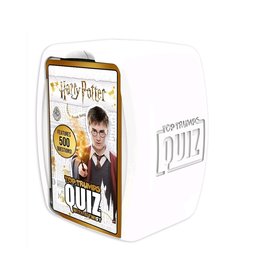 In this knowledge quiz, you will answer all kinds of questions about Harry Potter and his time at Hogwarts. Of course, Ron and Hermione are also present
Add to cart
Top Trumps - Knowledge Quiz - Harry Potter - 500 Questions
€24,99
Trustpilot
Please accept cookies to help us improve this website Is this OK? Yes No More on cookies »