Braun is originally a German company specialising in small electrical appliances. The company was founded in 1921 and has been taken over by several parties, but since 2005 it has been in the hands of an American multinational owner.

The Braun company originally produced radio parts and complete radios and even produced military radio transmitters and receivers at the time of the Second World War. Braun also played a small role in the photo industry and released photo cameras. In 1950 Braun switched its focus to electric shavers.

Today, Braun has expanded its range to include kitchen appliances, toothbrushes, hairdryers, clocks and still shavers. In our webshop you will find some great Braun devices. 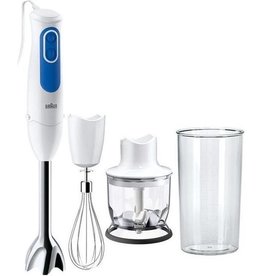 This Braun brand Blender easily chops, cuts and grinds your ingredients to the size you want. The mixer is equipped with two speeds.
Add to cart
Braun - Multiquick 3 - Spaghetti - Hand blender
€72,99
Sale 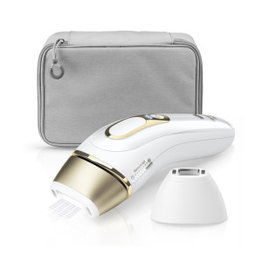