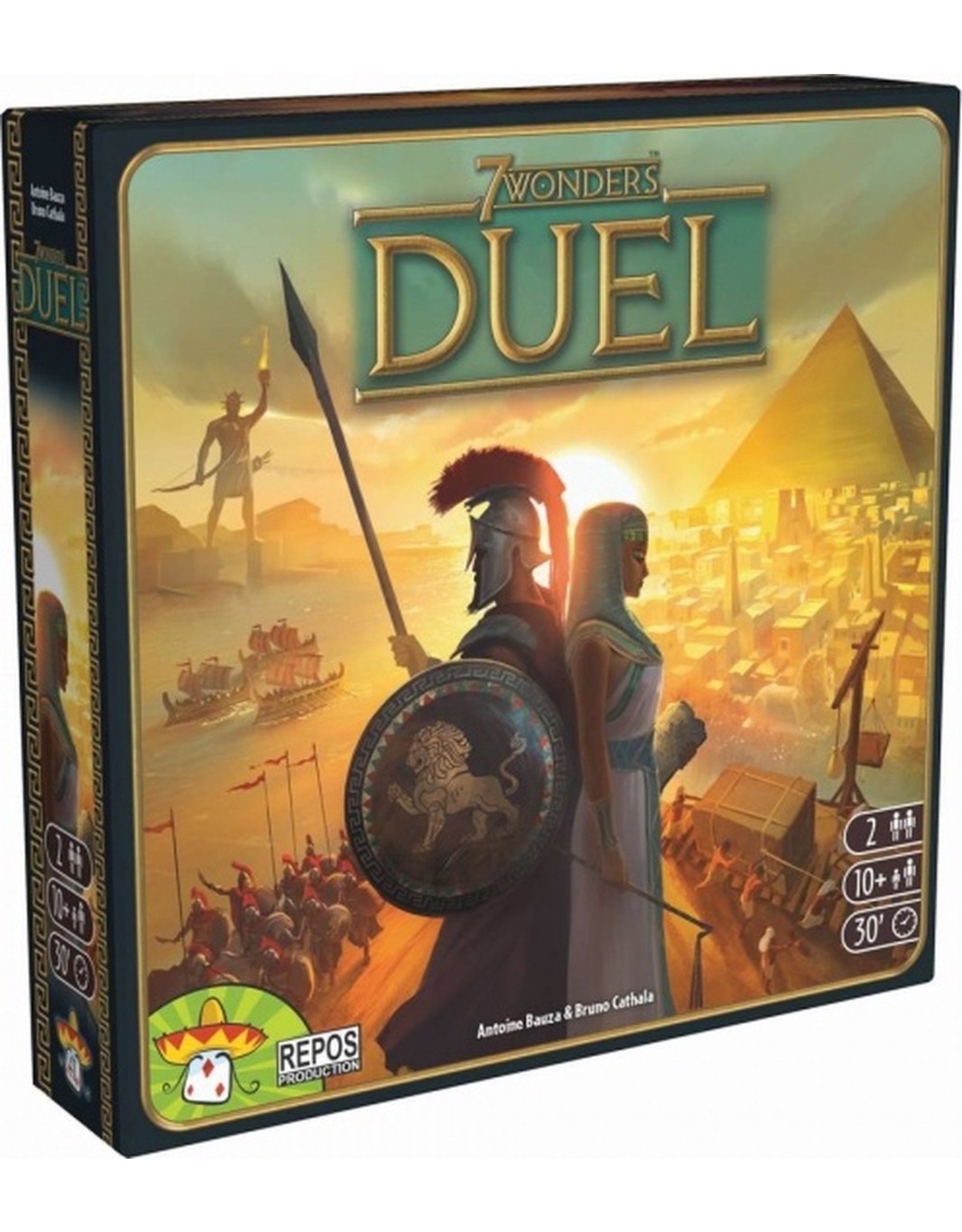 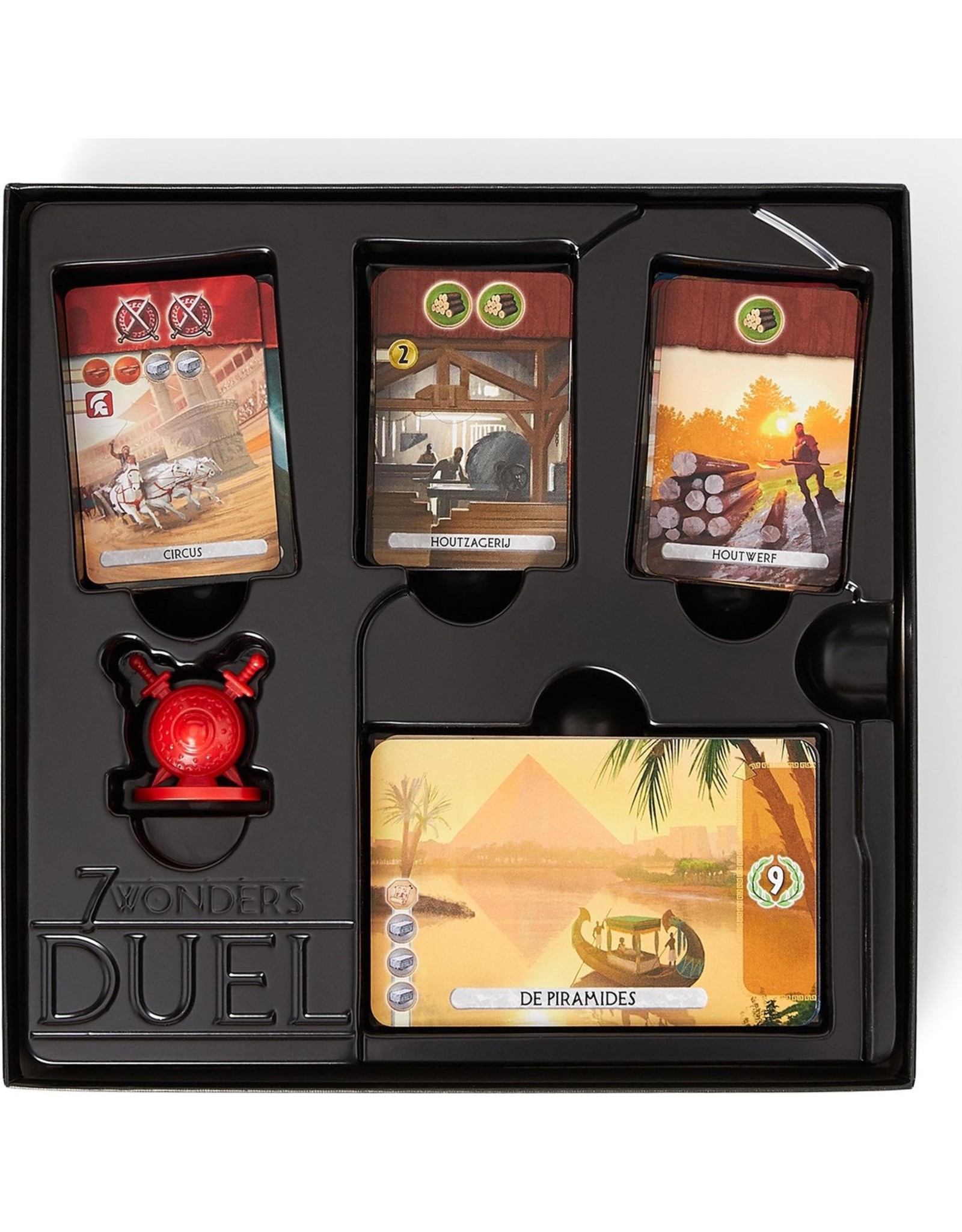 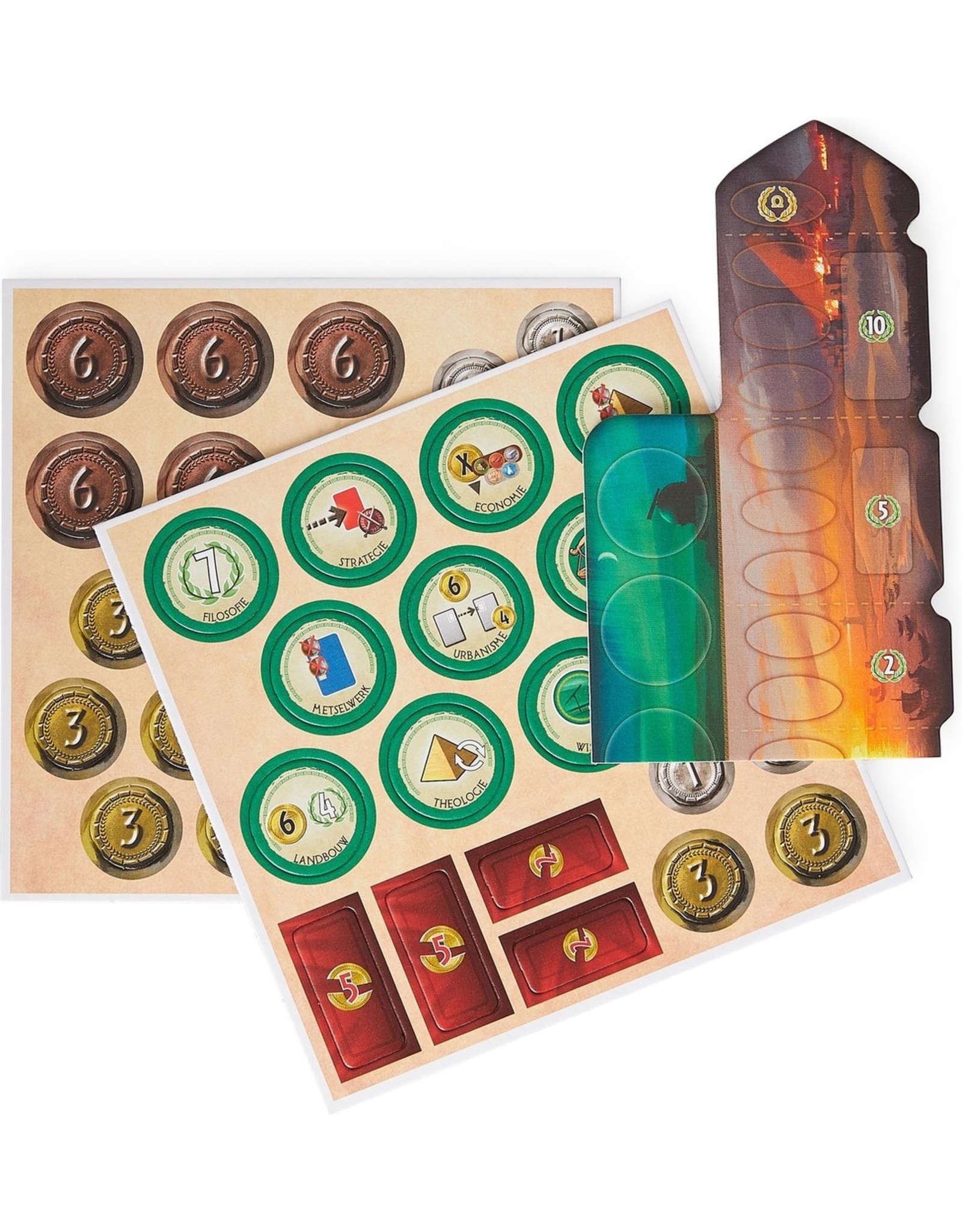 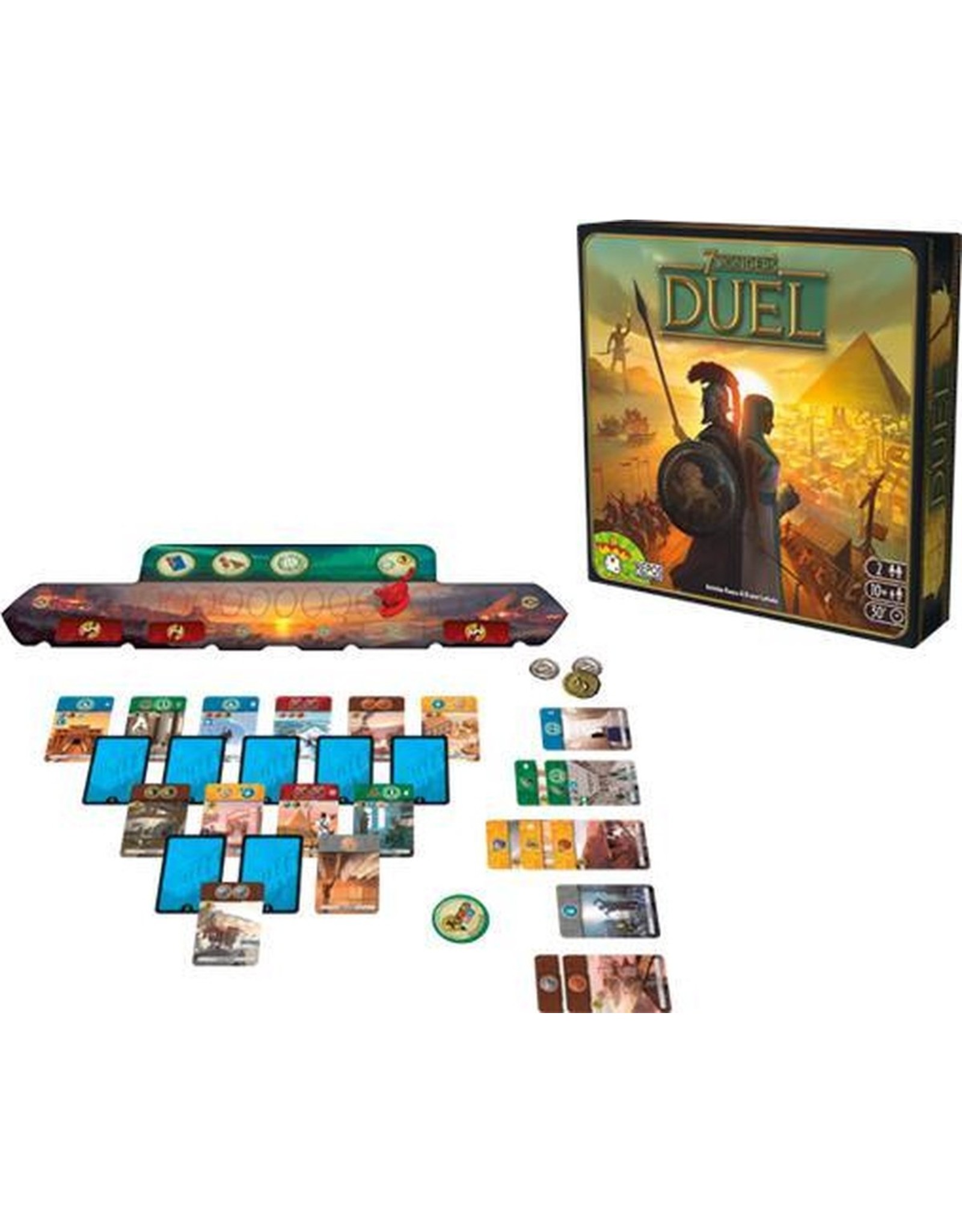 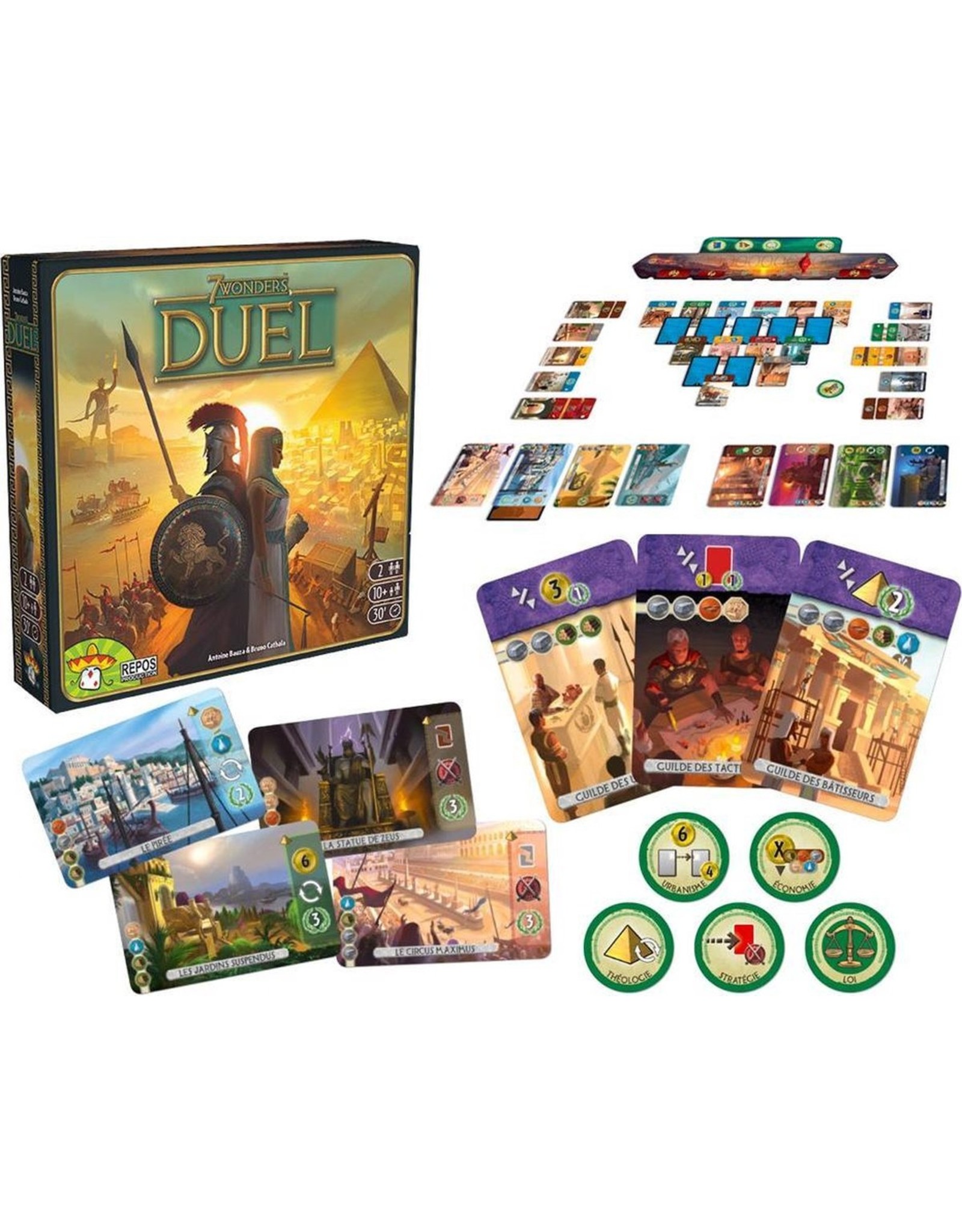 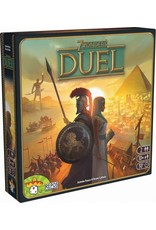 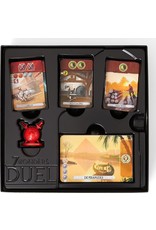 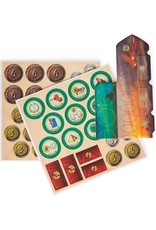 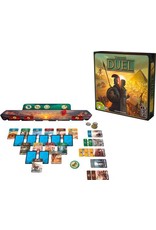 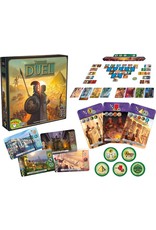 7 Wonders Duel is a very fun and challenging 2-person game, published in Dutch by Asmodee. Based on the well-known 7 Wonders, a card game that can be played with 3-7 persons. This variant is also a card game, but completely adapted and with some extra elements to play with 2 players.

7 Wonders Duel takes place in three eras. In each era, you can do scientific developments, strengthen your army and win coins to create a civilisation and perform miracles.

There are three ways to win the game: military domination, scientific domination and civilian victory. Military and scientific victories can occur throughout the game. The game will end immediately.

To start the game, you and your opponent choose a set of Wonder cards, which will give you insight into what objective your opponent must achieve during the game. Then it's time to test your strategy skills!

Perhaps you will use a Military card to move a pawn closer and closer to your opponent! Will you save your Production and Economy cards so that you can use them later to build Wonders or Buildings?

Your critical brain will be constantly tested as you go for victory in one of three ways... If you use a military card each time you move a pawn and reach your opponent's capital, you win the game immediately!

You can also go for the scientific victory. Collect the 6 cards with 6 different scientific symbols and you are the winner. If no one manages to reach the opponent's capital as a Soldier or to obtain the 6 cards as a Scientist, you win.

The player who has the most points at the end of the third Age wins.

Add your review
0 stars based on 0 reviews
Add to wishlist / Add to comparison / Print
Trustpilot
Please accept cookies to help us improve this website Is this OK? Yes No More on cookies »